Is Cleaning School Buses as Easy as Flipping a Switch?

Is Cleaning School Buses as Easy as Flipping a Switch?

As reported in the March issue of School Transportation News, frequent cleaning is causing some school bus equipment to break down. Plus, with drivers and aides responsible for the additional procedures, human-error and distractions could occur, leaving an uneven coat on the school bus and some areas missed altogether. Not to mention the long-term effects of chemical exposure on those performing the task.

Now, there may be a solution.

A new product not only properly cleans vehicles but does so automatically without the need of an employee to remain inside. The Modular Electrostatic Disinfection System (MEDS) is currently installed in New Jersey ambulances and was tested on its first school buses last week.

The MEDS is the brainchild of Michael McCabe, a paramedic and owner of McCabe Ambulance Service in Bayonne, New Jersey, and Brian Borow, an EMT at McCabe as well as a retired police detective. McCabe said that when COVID-19 broke out, everyone nationwide was in the same boat. EMTs and paramedics had to continue working on the front lines but also protect themselves and stay healthy to battle the surge of patients. He said after every call, his crew would use electrostatic sprayers and clean the back of the ambulance.

To date, he noted that only one of McCabe’s EMTs has contracted COVID-19, despite answering as many as 60 calls a day at the peak. In comparison, 14 EMTs across New Jersey have died from the virus.

“We attributed our success to the significance of the electrostatic spraying and how it was killing any potential virus that was in the back of the ambulances,” McCabe explained. “So, when things kind of started to slow down a bit, we said wouldn’t this be great if we could actually take this technology, which is really shown to be effective, and put it inside the ambulance.”

He called electrostatic sprayer manufacturer MaxCharge ESS and started developing a prototype. Frontline Innovations, formed by McCabe and Borow, now utilize the MaxCharge ESS technology and have a joint patent pending on utility and application. The MEDS units are currently installed in all six of Neptune Township’s ambulances and McCabe’s Ambulance is in the process of installing one in each of its 15 vehicles. There are multiple other agencies that McCabe and Borow are in negotiations with.

“The crews are thrilled because they don’t have to manually wipe down or spray, and their service time is great,” McCabe explained. “They go to the hospital and drop the patient off, and while that one person is in there turning the care over to the nurse, the other one comes out and disinfects the ambulance, and by the time the partner comes back out, they’re back in service.”

Rather than being a handheld device, which directly exposes personnel to the chemical or solution, the MEDS units are installed and mounted in the vehicles and remotely activated.

“This is built-in, where it’s actually activated by two switches, an air compressor and a solution switch from the front of the vehicle,” McCabe explained.

When operating the MEDS System, McCabe said windows should be closed so that the full vehicle environment is covered. He said the system sprays for about 45 seconds to a minute depending on vehicle size. The wet chemical leaves a thin residual layer across all surfaces in the vehicle. He said depending on the solution chosen, different dwell times are identified, but he said it’s anywhere from 30 seconds to a minute.

“We’re so confident in it because of the technology behind electrostatics. What happens with electrostatics is there is a charge, so when the fluid comes up to the nozzle it gets charged and it goes from 12 volts to 1,200 volts,” McCabe explained. “And what that does is it creates a positive charge on the particle and the droplets, and when they come out of the nozzle they almost act like a magnet where they repel each other on the way out. And they hunt negative and neutral surfaces, which most surfaces are. So, you’re actually getting underneath it, and behind the sprayer. It’s actively working against gravity in many cases, which is why the technology is so unique, as opposed to regular foggers or conventional sprayers.”

He added the MEDS units are designed to target the optimal amount of solution for optimal coverage, which reduces the likelihood of overuse resulting in increased solution costs. He added that Frontline does not push any type of specific solution or chemical, as that is for the individual consumer to decide.

“The only thing that we say is that it should be a U.S. Environmental Protection Agency approved and registered product, but there are so many [types] out there. And we certainly make recommendations and suggestions based on what we’ve used,” McCabe said. “And when we’re dealing in the realm of school buses with children, obviously you want to have something that is very benign and certainly not toxic, oxidative or corrosive.”

He noted that interest is growing in hypochlorous acid, which is essentially a saltwater solution. “It’s actually proven to be extremely effective, very quick and very cheap,” McCabe added. “And it works wonders as far as killing these viruses and these bacteria in a very short amount of time.”

McCabe said the MEDS units were donated to his hometown Bayonne School District, located on the left side of the Upper Bay separating New Jersey from New York.

Superintendent John Niesz said cleaning after each bus run currently operated for students with special needs is already time-consuming for his bus aides and drivers.

Out of 24 school buses in the fleet, the MEDS technology is currently being piloted on two of them. As of last week, it was installed on the district’s largest 40-foot school bus. While there are minor adjustments continuously being made and test-runs being conducted, the system is working as intended, Niesz reported.

Jared Cohen is the chief executive officer of Auto Action, the company Frontline Innovations selected as its exclusive bus and transit designer, installer and distributor. He said three sprayer heads are needed to evenly cover the 40-foot bus. That number could change as the size of the vehicle decreases or increases.

He explained that the system works while the school bus engine is running. Following the driver’s post-trip, staff press a button located above the driver’s seat. He said the system then gives the person one minute to exit the bus.

When the system begins, the electrostatically charged heads start to disinfect the vehicle. Including dry time, the process takes between eight to 10 minutes.

Cohn added that an LED light mounted outside the bus illuminates when the system is in progress. He said no one should enter until that light turns off, to be sure complete disinfection took place. No wipe down of the chemical is needed and the bus is fully up and running following the process.

“You’re disinfecting a bus with no additional labor support,” Cohen said, adding that the sprayers reduce chemical use by 70 percent. “The electrostatic process allows for the computer to use the least amount of chemical necessary. There’s no waste, there’s no overspray with the solution.”

While adding any equipment to the school bus raises a lot of eyebrows and questions, Cohen said he is working with the New Jersey Department of Transportation to ensure the product is safe and compliant.

Niesz said once the prototype is finalized and approved, he plans on retrofitting the district’s entire fleet. He added that he also wants to install them in classrooms.

“This is a game-changer. … Bus drivers and maintenance workers are very interested in it, and they’re probably our toughest critics when it comes to new technology,” Niesz explained, adding that the product will also better clean school buses during the flu season.

While the price-point hasn’t been finalized for the MEDS units, Cohen and McCabe shared they understand school district budgets but also the importance of school transportation and ensuring the safest units possible.

“We want to make sure that we can scale this and make this cost-effective to the potential consumer,” Cohen said. “We don’t want to build something that’s great, but not have people be able to fund it. So that’s why, rather than us coming out with a number to say this is what it’s going to be. We’re looking to refine it so that we can make sure that it’s perfect and that people can afford this.”

Cohen said his team will be in charge of the installation and maintenance process, at least at first. He noted that Auto Action does have strategic partnerships around the country and will eventually be able to install the units nationwide. He noted that depending on the skill sets of mechanics at various school districts, he would be willing to train transportation departments, especially on routine maintenance.

A custom app also allows customers to report on the status of the technology.

“As I’ve said from day one, we’re first responders, I mean we’re boots on the ground guys,” McCabe concluded. “And we’re basing all of this stuff on the needs that we see and experience on a daily basis. … We just realized what’s needed out there and what’s missing. And that’s what’s driving this.” 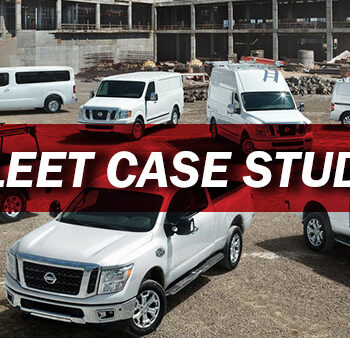